We Are Thankful for The Miracle of Healing: Bulls-eye’s story 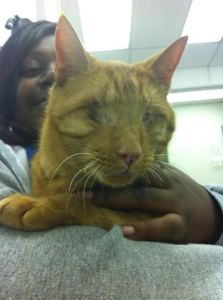