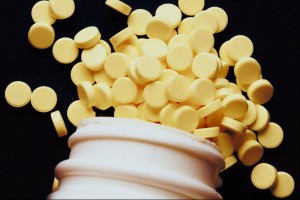 For more than 50 years and since its inception by Congress in 1961, the third week in March has been designated as National Poison Prevention Week. This year it falls on March 17-23, and the veterinarians and toxicology experts at Pet Poison Helpline are urging everyone to remember the four-legged members of the family, as they are among the most vulnerable.
“Twenty-four hours a day, seven days a week, and 365 days a year, we receive calls from distressed pet owners across the country,” said Ahna Brutlag, DVM, MS, DABT and assistant director at Pet Poison Helpline. “In addition to dealing with the stress of an emergency situation, they are often forced to cope with feelings of regret in light of a mishap that, in most cases, could have been avoided. It takes only a few minutes to educate yourself on how to pet-proof appropriately and avoid the inevitable heartache that so often happens when a beloved pet is accidentally poisoned.”
Awareness is the key to preventing poisoning emergencies. Almost 91 percent of calls to Pet Poison Helpline in 2012 involved dogs – a testament to dogs’ curious nature and indifference to eating just about anything. Of these calls, nearly half were for dogs that ingested human medications. It’s clearly wise to keep medications out of their reach, but there are many other common, household substances toxic to dogs. The veterinarians at Pet Poison Helpline perused their records and below are the five most common toxins that poisoned dogs in 2012.
1. Human Medications 43 percent of calls to Pet Poison Helpline in 2012 were for dogs that ate over-the-counter (OTC) or prescription medications. The majority of them involved antidepressants such as Prozac, Paxil, Celexa and Effexor, and common OTC drugs containing acetaminophen (e.g. Tylenol®) and NSAIDs (e.g. Advil®, Aleve® and Motrin), which can cause serious harm to dogs when ingested.
2. Human Foods 16 percent of calls were for dogs that helped themselves to foods that are safe for humans, but poisonous for dogs. The most prevalent cases were for dogs that ate chocolate. Dark chocolate is the most dangerous since it contains high amounts of theobromine – a relative of caffeine that can be deadly. Xylitol, a sweetener in sugarless gums and candies, is also very dangerous and can be life-threatening even when ingested in small amounts. Raisins and grapes are often overlooked by dog owners as potentially dangerous, but they are extremely toxic and can cause kidney failure. Other human foods toxic to dogs include macadamia nuts, garlic, onions, yeast-based dough and table salt.
3. Insecticides 7.5 percent of calls for dogs were because they ate insecticides in the form of sprays, granules, insect bait stations and more. While many household insecticides are well tolerated by dogs, certain potent types such as organophosphates (often found in rose-care products), can be life-threatening even when ingested in small amounts.
4. Rodenticides 6.5 percent of calls for dogs were for dogs that got into mouse and rat poisons, which contain various active ingredients that are poisonous to dogs. Depending on the type ingested, poisoning can result in moderate to severe symptoms—anywhere from uncontrolled bleeding, swelling of the brain, kidney failure and seizures. Only one type of mouse poison (anticoagulant or blood thinner) has an antidote to counteract the effects of the poison. The rest, unfortunately, have no antidote and are more difficult to treat. There is also potential for relay toxicity, meaning that pets and wildlife can be poisoned by eating dead rodents that were poisoned by rodenticides.
5. Dietary Supplements and Vitamins – 5.5 percent of calls were concerning dogs that ingested dietary supplements and vitamins. While many items in this category such as Vitamins C, K, and E are fairly safe, others such as iron, Vitamin D and alpha-lipoic acid can be highly toxic in overdose situations. Additionally, Pet Poison Helpline has managed several cases involving xylitol poisoning from sugar free multi-vitamins.
If you think your pet may have ingested something harmful, take action immediately. Contact a veterinarian or Pet Poison Helpline at 1-800-213-6680. Pet Poison Helpline is the most cost-effective animal poison control center in North America charging only $39 per call; this includes unlimited follow-up consultations. Pet Poison Helpline also has an iPhone application listing an extensive database of over 200 poisons dangerous to cats and dogs. “Pet Poison Help” is available on iTunes for $1.99.
This post provided for us courtesy of Pet Poison Helpline. Pet Poison Helpline, an animal poison control center based out of Minneapolis, is available 24 hours, seven days a week for pet owners and veterinary professionals that require assistance treating a potentially poisoned pet. The staff provides treatment advice for poisoning cases of all species, including dogs, cats, birds, small mammals, large animals and exotic species. As the most cost-effective option for animal poison control care, Pet Poison Helpline’s fee of $39 per incident includes follow-up consultation for the duration of the poison case. Pet Poison Helpline is available in North America by calling 800-213-6680.